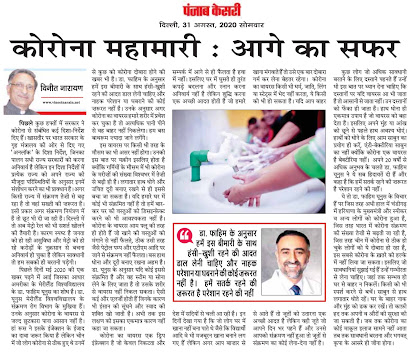 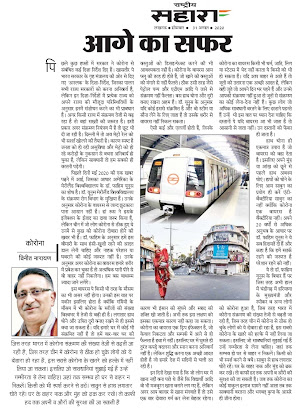 Posted by Vineet Narain at 5:37 AM No comments: 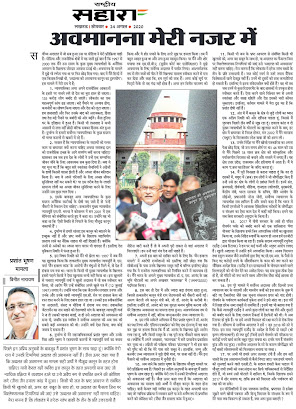 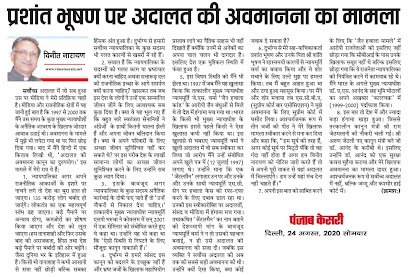 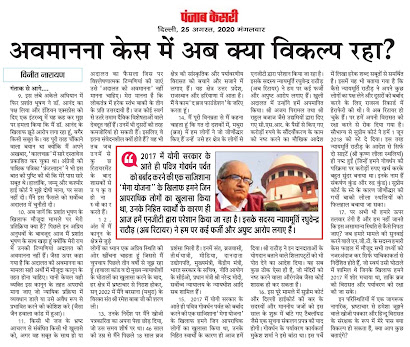 Posted by Vineet Narain at 11:35 AM No comments:

Prashant Bhushan’s Contempt Case: what do I feel about it ?

Media has approached me for my reaction on this development in the Apex Court. As it is a known fact in judicial, media & political circles  that I had raised strong voice from 1997 to 2000, against the immoral conduct of some of the CJIs of that time. I was hauled up for contempt but  was let off. Subsequently I wrote a Hindi book on the ‘Misuse of Contempt of Courts Act.’

My take on this matter is as follows ;

1. If judiciary starts dancing to the tune of its political masters then the country will go to dogs. 135 crore people will be doomed. This important pillar of democracy will collapse. There will be mass injustice, exploitation of the weak and plundering of the nation. We will head towards dictatorship and subsequent anarchy, violence and mass destruction in the country. As has happened throughout the history of world. No dictator has ever had a graceful exit, rather very violent end. Unfortunately, some members of our top judiciary have also been in news for wrong reasons.

2. Question is why should members of the Judiciary indulge in malpractices, corruption or surrender to the political will of the ruling party ? When people of this country have given them everything needed to lead a dignified life. Have they forgotten  that so many freedom fighters suffered and sacrificed their lives not to ensure good life for their families but for the millions of ordinary people of this poor country ?

3. Even then if some members of the judiciary  are found guilty of immoral actions, then ‘they must be removed from services’ said Justice S P Bharucha, the then CJI in a seminar in Kovalam in 2002. He also said that ‘the existing laws are insufficient to deal with such a situation’.

4. Our parliamentarians are not keen on changing the laws and do not show moral courage to initiate impeachment motions against such corrupt judges, because many of them also have several skeltons in their cupboards. So the nation is caught in catch 22 situation.

5. I faced this situation in 1997 when I exposed how the CJI Justice J S Verma was indulging with the infamous Jain Brothers, accused in Jain Hawala Case. An uproar was made in the country on first ever such bold expose of a sitting CJI. Nervous Justice Verma confessed in the open court exactly what I had alleged against him in my open letter addressed to him. He accepted that he and his brother judge Justice S C Sen were being constantly approached by a “Gentleman” to hush up this case. They had met Jains aswell. Despite nationwide demand to reveal the name of this so called “Gentleman”, who had committed biggest ever Contempt of the Apex Court, Justice Verma neither revealed his identity nor punished him, why ? Can anybody answer ?

6.  Unfortunately, my co-petitioner Prashant Bhushan and his father Mr. Shanti Bhushan defended Jistice Verma for mysterious reasons and in turn attacked me for making such noise. I was very hurt and felt cheated. I made more noise and was dragged in Supreme Court for Contempt by SCBA. But surprisingly three judge bench refused to admit the case against me, stating that “We are like sun, if someone throws dust on sun, it does not get dirty. If we issue notice to Vineet Narain he will roar on top of his voice in this court. We do not want to provide him the platform”.

7. To prove my point that accused politicians and others in Jain Hawala Case were let off not because CBI had no evidences against them but because these politicians were able to manage the judiciary, I went ahead to expose six land scams of the next CJI Justice Dr A S Anand.

8. This time a huge controversy rocked the nation. The then Union Law Minister Mr Ram Jethmalani lost his job. Mr Arun Jailtley became the new Law Minister, who was closely related to Dr Anand. Hence he provided Dr Anand a security cover. I was hauled up for contempt, surprisingly not in the Hon'ble Apex Court but in Hon'ble J&K High Court.

9. Again in this long lone crusade, Prashant Bhushan sided with Dr Anand and attacked me in an Indian Express interview by alleging that I was making false allegations against Dr Anand, without having any evidence. This was absolutely a shocking statement because I had published all the documents in my tabloid Kalchakra. Frontline had also endorsed that I had all the evidences. However, Hon'ble J&K High Court held me guilty but did not punish. I challenged that judgement in the Hon'ble Apex Court.

10. Now the question about my reaction on present case against Prashant Bhushan. Despite this unpleasant experience today I stand by him because his remarks are in my view not contempt of court. As stated above Contempt of Court should strictly apply in letter and spirit of the existing law.

11. Any exposure of corrupt practices of a judge, done with evidence or analytical comments with law points made on his judgement should not be considered as contempt. My view is that in a democracy each of the four pillar is accountable to the rest of the three. Judges are not celestial bodies descended from heaven with all virtues. They can also have human weaknesses like all others, hence why be so touchy ? More so when they accept post retirement favours from the rulers they are bound to loose their independence & credibility at a huge cost to the nation. Hence in the present case I strongly feel that Prashant Bhushan is not guilty.

12. Finally, I want to draw the attention of the legal fraternity on a similar unpleasant situation with which I am silently dealing for the past three years. After exposing scams of two CJI’s, disillusioned with corruption in every sphere, I took shelter of a saint in Barsana (Mathura) Shri Ramesh Baba ji in 2002.

13. On his instruction I renounced my journalistic career at its pinnacle, at the age of 46 and dedicated past 18 years to restore Cultural & Environmental heritage of Braj region, falling within UP, Raj & Haryana, through our The Braj Foundation

14. With all humility I submit that what we did in two decades has attracted generous praise from every quarter ; including saints, Brajwasi, pilgrims, CMs, Union Cabinet Ministers, Secys GoI, PM Mr Modi and CEO Neeti Ayog, as unprecedented restoration work ever done  by a NGO. We did so without any govt. funds.

15. Yet due to the conspiracy of vested interests, who were exposed by us in 2017, for their scandalous maga plan to ruin sacred Goverdhan Hill, we are being harassed at NGT. It’s member Justice Raghuvendra Rathod (now retd) slapped on us several fake and unsubstantiated charges. He humiliated us in the open court and gave verbal orders to destroy the beautiful restorations we had done by spending crores of CSR funds donated by industrialists like Mr. Ajay Piramal & Mr. Rahul Bajaj. Mr. Rathod ordered to paint stone plaques highlighting their contribution. Something only an Aurangzeb kind of ruler can do against Hindu Temples.

16. Hon’ble Judges and members of the Bar of Supreme Court & Delhi High Court, may recall a tabloid shape compilation distributed early this year by one Environment activist Mukesh Sharma of Goverdhan, on this entire saga. Every word written in this paper is backed with evidences. It also highlights how Justice Rathod had manipulated revenue records to favour some and destroy others. He is retired now but we have been debarred from serving our crumbling heritage. Thankfully Hon’ble Supreme Court granted us stay on June 1st, 2018 hence only two sites (beautifully restored by us namely Sankarshan Kund & Rudra Kund at Goverdhan) have been ruined due to Justice Rathod’s orders but rest could be saved.

17. The sword is still hanging upon us and we do not know how to deal with this unusual situation, when the judge hearing our case, ignores all facts on the file and is guided only by the petitioners, who are party to that scam, against whom we had made the noise to protect our heritage and Environment.

In such circumstances what option do I have as a concerned citizen, anti corruption crusader, investigative journalist & conservator of Hindu heritage ?

Posted by Vineet Narain at 11:25 AM No comments: 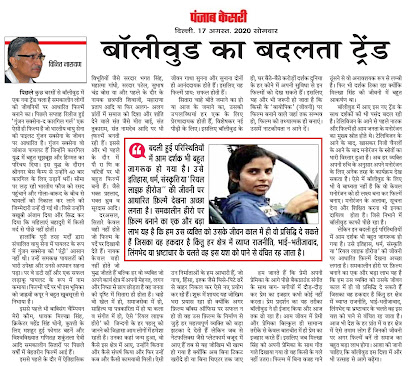 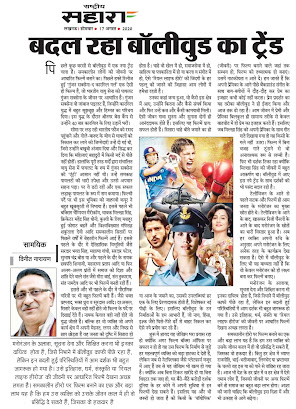 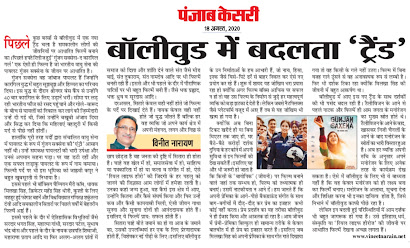 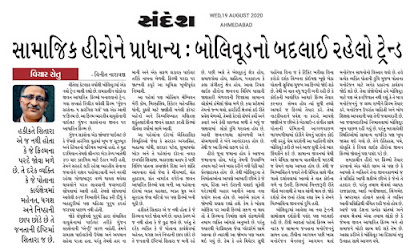 Posted by Vineet Narain at 6:19 AM No comments: 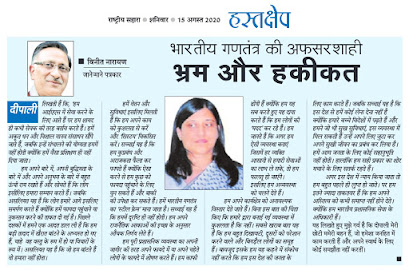 Posted by Vineet Narain at 7:03 AM No comments: 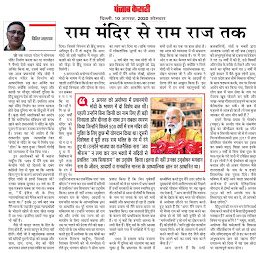 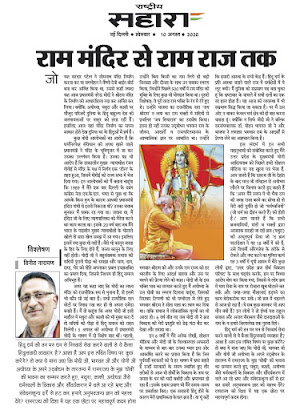 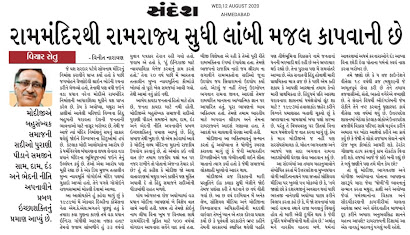 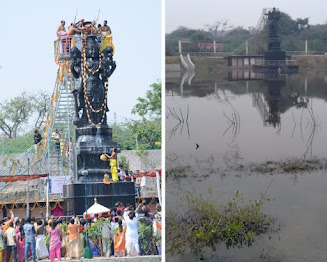 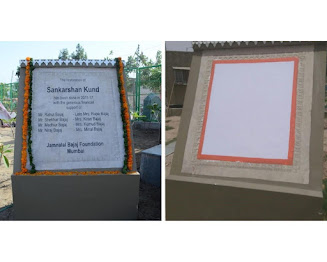 Posted by Vineet Narain at 6:06 AM No comments: 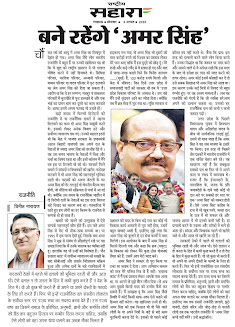 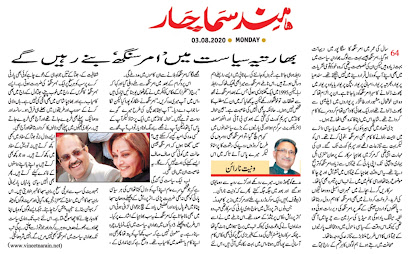 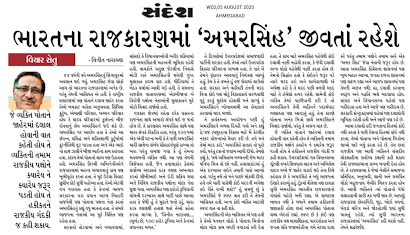 Posted by Vineet Narain at 6:15 AM No comments: